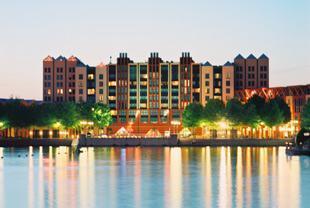 Sleep in style and marvel at Disney’s very own make-believe Manhattan, as you stay in modern comfort only minutes away from the Disney parks.

Sleep in style and marvel at Disney’s very own make-believe Manhattan, as you stay in modern comfort only minutes away from the Disney parks. Whilst you’re living it up in sophisticated New York, perhaps drinking a cocktail in the Skyline bar or unwinding in the sauna or steam room, you’ll have plenty of chances to meet your favourite Super Hero from the Marvel franchise, who exclusively hang out in the hotel!

Disney ® hotel prices frequently change throughout the year. Please contact us for an up-to-date quote, including park tickets.

During this unprecedented time and in line with government measures, the reopening of Disney’s Hotel New York – The Art of Marvel has been put on hold with plans for a new opening date to be announced in the future.

If you still have your heart set on Marvel, feel free to register your interest with us and you’ll be the first to hear once we have more information.

Art Deco design, 1930s New York Style and with views of the Rockefeller Plaza, Plaza rooms have two double beds and sleep up to four people.

Empire State Club rooms have views over Lake Disney and feature two double beds and sleep up to four people.

These suites feature one large double bed and sleep up to two people.

These are Presidential Suites with view of the lake, a grand piano, whirlpool bath and kitchen. All feature one large double bed and sleep up to two people.

An Italian style restaurant with a range of freshly prepared dishes served in a chic dining area.

Visit the hotel’s art deco-inspired restaurant, with buffet style food offering plenty of variety for even the pickiest of eaters.

Reach all new heights as you take to the skies in the Skyline Bar. Relax with a cocktail as you look out at the iconic Manhattan.

Shop at New York Boutique, where you’ll find all your Marvel souvenirs, including exclusive collectable items.

You can also let your little ones unleash their creativity and bring their own Super Hero’s to life at the Marvel Design Studios, where they’ll be able to learn how to design their own comic book.

For the main event, the Marvel Characters will be waiting to meet you at the Super Hero Station in the hotel, the only place where you can meet your favourite big screen Super Hero.

The hotel also features an indoor and an outdoor heated swimming pool, a sauna and steam bath, and a fitness centre where you can bulk like the hulk 24/7! 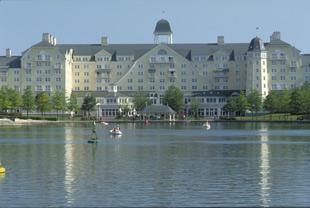 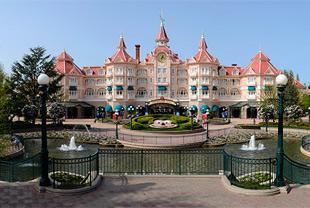 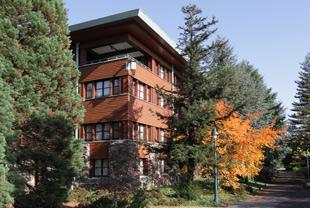